What do you do on a thin day in winter when you’re not at work, your To Do List is vile and the air outside beckons with cut glass finger? You go out of course, with your husband or your friend, to Richmond Park. You worry you’ll regret this later because there are decisions and emails and appointments to sort, and school work hissing at you from a pile in the corner. Also the carpets look like a scene from Armageddon, on Day Two. But it’s your day off…so you leave them. After the week you’ve had, you know what you need. This takes enormous will power and, as you settle in the car with your new camera and the prospect of a walk and a latte, you congratulate yourself on your mental strength.

When you get to the park, there are birds, and trees and wide spaces filled with pastel coloured light. You remember with relief that there’s this whole world outside home, school and church that exists quietly without your input and has a different rhythm, a kind of slow-time which fills you with breath, like a yawn. In the silence you walk on wet leaves and down pathways which pull you irresistibly towards the views from Pembroke Lodge. If someone asked you at this point what was on your To Do List, you wouldn’t even remember. The Great Outdoors has worked its magic again and you’ve emerged from tight spaces, a crumpled paper smoothed out for re-use. 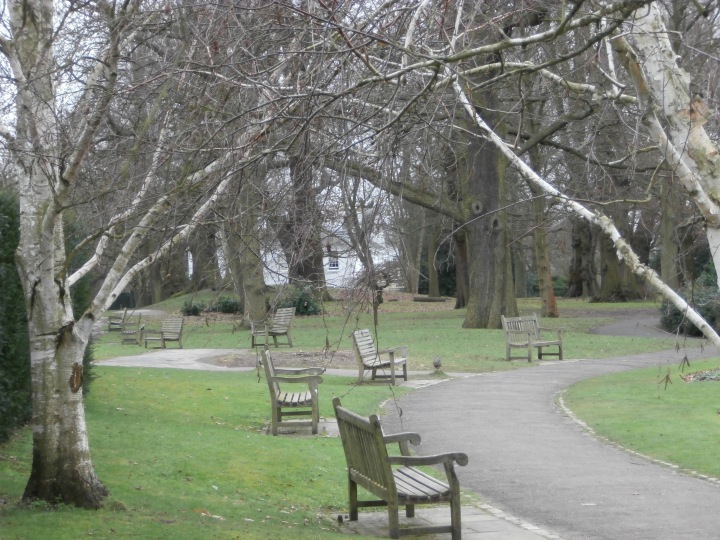 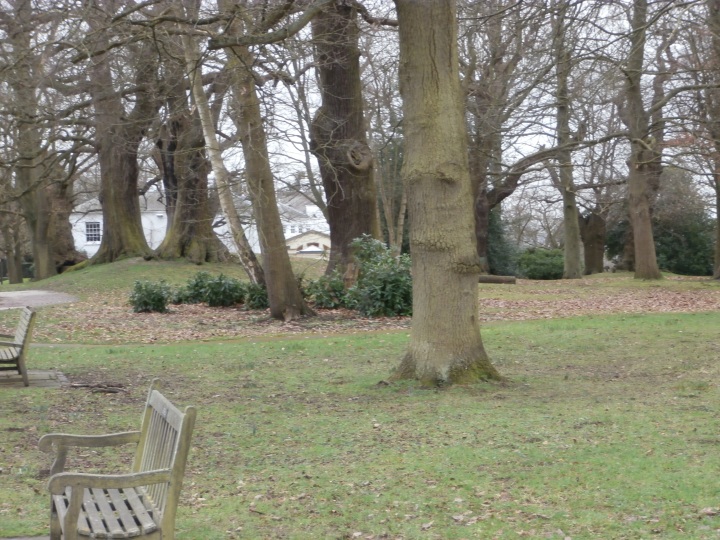 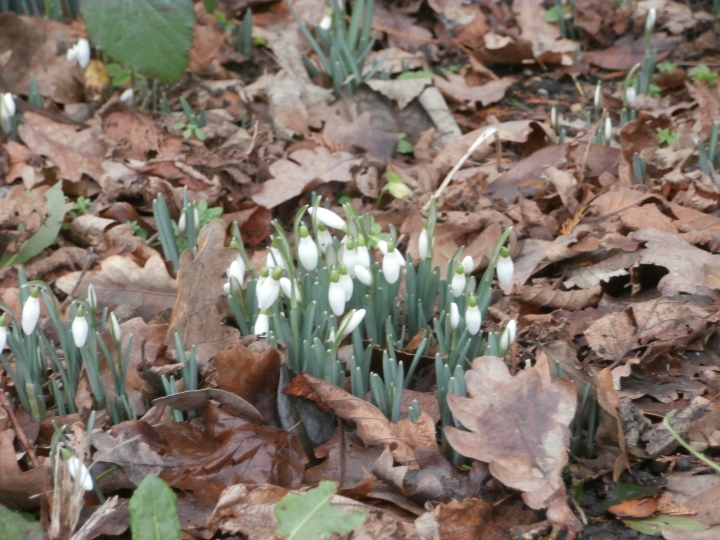 What you love most, apart from the trees and the silence and the views across the city, are the glimpses of things; windows, smoky trees, the gracious rise of houses; threads of gold on a winter’s day. There are steps and pathways and an old gate with a glimpse of meadows on the other side, which you can’t walk in today, but you’re happy that they’re there. Best of all there’s a viewing point on top of King Henry’s Mound where you can see a keyhole glimpse of St Paul’s Cathedral, ten miles away. 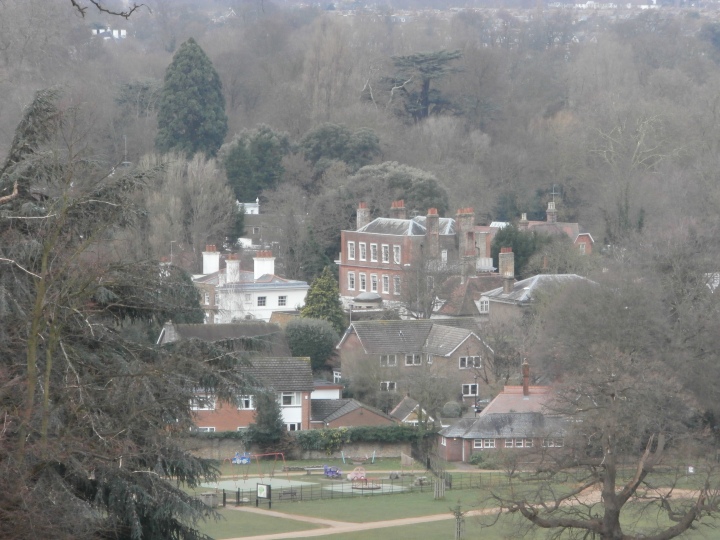 You go into Pembroke Lodge and are amused to read about its history before you tuck into lunch and a latte, which is extravagant for you, but delays the moment when you take up that other life, at least for a bit. As you eat, you marvel at the fact that this lodge began life as a cottage occupied by a mole catcher. It’s hard to imagine that mole catching was once a full-time job, but there we are. This was around 1754. It seems that “his sole duty was to prevent the peril to huntsmen presented by molehills”. This you find fascinating. You know that Richmond Park was one of the Kings’ hunting grounds but who’d have thought that moles could be dangerous? So dangerous, in fact, that their activities caused extreme peril to huntsmen who could not take to their horses without fear of mole related plots, to dismount them and kill their steeds. Your husband, or friend, wonders what happened to the moles. You briefly discuss the virtues of Mole Pie or Fillet of Mole with Mushrooms. How would you catch a mole in the 1700s? One imagines it would be fairly basic, the mole catcher coming home to his house on the hill, with mole juice on his hand, to ask his family, “What shall we do with the moles today? Anyone need a sponge?” It makes you laugh, but inside you do feel sorry, for the moles.

Over the years the lodge was expanded and became a grand home owned by countesses and lords. It was visited by Queen Victoria, Gladstone, Dickens, Tennyson and Lewis Carroll. Bertrand Russell grew up there. Then it became a regimental head-quarters during the war. Finally it was converted into flats for park staff with a cafeteria on the ground floor for the public. It’s also hired out for occasions.

As you drive home, the lodge breaking up like a dream in the wing mirror, you wonder about the mole catcher and what he would think of it now: the wide sweep of stone, the cafe, the famous people who have lived there or visited. Before you know it you are whisking between shops, stopping at lights, staring at women with shopping or children. And you’re back in that other world again.

But when you get home, you feel different, lighter. Your To Do List won’t kill you and your school work is snoozing beneath a pile of newspapers. You tidy, hoover. And when you’ve finished, you yawn and stretch and put the kettle on. You notice things like patterned light on the desk, the view from the window. You’re still in slow-time.

And on Monday, when you tunnel to work through streets laced with rain, and your mind skitters like a mole along the unlived rat-runs of your day, think of this; the space and the silence and the pastel light. And look for patterns on the pavement and the way the sky’s getting lighter; glimpses of gold on a dark day. And remind yourself – there will be other days. Like an old gate with a glimpse of meadows that you can’t walk in, it’s enough to know they’re there.

6 thoughts on “Moles and Glimpses of Things”