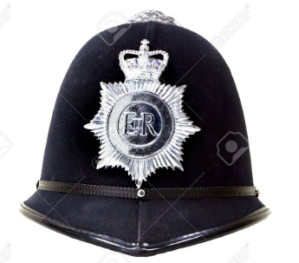 Since we moved to Uckfield, I’ve become a criminal. Some time ago, I received a notice of intended prosecution from the Sussex Police. It was a long letter with lots of red, shouty writing and thick black letters at the top with a picture of a police badge in black and white. It had my full name on it too which I hate because people only use it when they’re cross, or before operations. I was distraught. I am a very law-abiding person. I floss (occasionally), queue at bus stops (always) and go into Tesco’s to buy something if I use their car park (usually). You know, because of the sign (“This car park is intended for the use of Tesco customers only!”)

The letter told me I’d been caught speeding, at Halland, doing 39 instead of 30. I thought of ringing them up and explaining politely that it’s a bit confusing for me down here. You see, where we used to live, in London, you drive everywhere at 30 unless you hear a siren and then you stop. So, it’s taking me a while to get used to changing my speed all the time. Then perhaps they’d say, “Don’t worry. It’s alright. We forgive you!” But I decided this was unlikely, so I sighed and filled in the form.

My reputation as a blameless citizen is now tarnished. But despite my good behaviour on the outside, I’m not always great on the inside either. I can be selfish and think unkind thoughts. I’m sometimes critical, often of those I love most. In fact, I fall short of the standards I expect in others all the time. Where can I go with those failures? Well, God, if there is one (and I’ve always believed there is, apart from once, briefly, in a lift in Turkey) likes it when we say sorry. Because, unlike the Sussex Police, he loves to say, “Don’t worry. It’s alright. I forgive you…”

That cheers me up. When all’s said and done, I’m not really built for the criminal lifestyle…